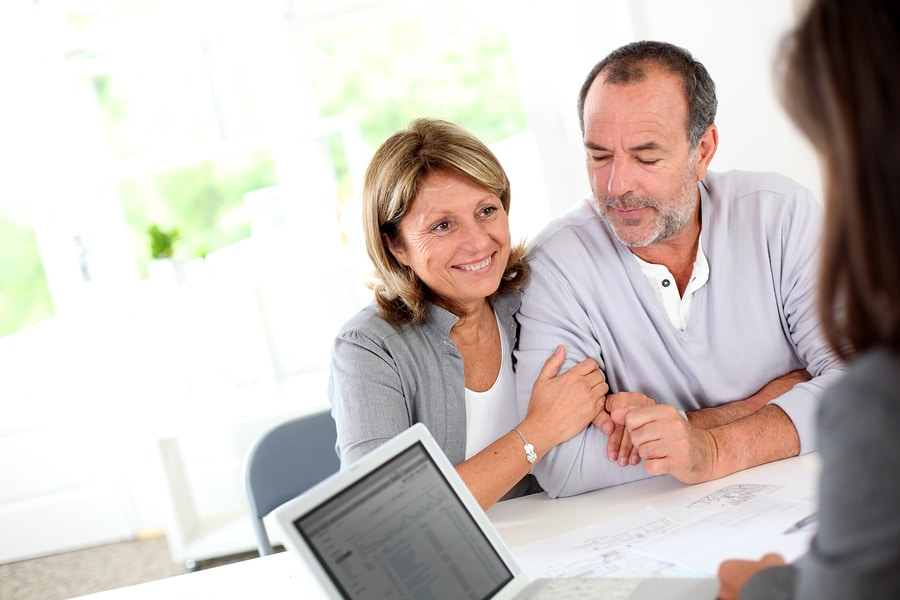 In 2003, when I started working as a professional organizer, my clients were moms with young children, much like myself. I helped them set up household systems and routines and organize their physical space. At that time, I knew I didn’t want to work with seniors because I didn’t think I could relate to where they were in life and how to help them.

As my business grew, my clients were shifting to solopreneurs, much like myself. I helped them get their business operations and workspaces organized.

Later, as my children left and went to college, and I became an empty nester, those were the clients I attracted. I helped them right-size their home now that their children had moved out. I also helped them with those organizing projects they had put off doing “until they had time,” such as organizing photographs and other memorabilia.

Well, now that I am in the 55+ age group, I understand where seniors are in their lives, and enjoy helping them downsize and prepare for their next chapter.

Here’s an example of one client’s downsizing story.

In 2012, Priscilla was eighty-six years old, and her husband, Don, was ninety. Don had dementia, and it had progressed to the point where Priscilla was taking care of everything in their 2,000-square-foot home—the housework, their finances, meal planning, and preparation, arranging for home repairs and maintenance, yard work, all the driving. Everything! Priscilla also had neuropathy in her feet, causing difficulty walking, and she had experienced a few too many falls. It was time for Priscilla and Don to move to a community where they had freedom from all of the day-to-day chores and upkeep, with onsite care.

They found a wonderful community. But the apartments are tiny (500 square feet). That was when Priscilla contacted me.

She said, “It is one of the moments in your life that you know is coming, but you can quickly get overwhelmed by the thought of doing, downsizing, and moving. Because, before the move, there is the enormous task of going through all of the stuff, stuff, and more stuff.”

Priscilla and Don were wildflower and scenic photographers, and they traveled the world for years. You can’t even imagine the thousands of slides they accumulated over the decades.

As with any project that seems overwhelming, it is helpful to break it down into tasks with deadlines. It can help you and your client gain control and feel a sense of calm. I pulled together our project plan and gave Priscilla tasks that she could complete on her own, such as change of address notices, canceling utilities, mail forwarding, changing home insurance, collecting necessary papers/valuables, and so on.

Priscilla and I went through their entire house and put color “dot” stickers on everything they wanted to take with them. The dots made it very easy when I worked with the movers to pack. If it had a dot, it got packed; if not, it was left behind. It took quite some convincing for Priscilla not to pack up her entire kitchen. I had to remind her one of the reasons for the move was so she wouldn’t need to meal plan and cook as much—if at all. The one area she would not downsize was her spices, not even her pumpkin pie spice.

Priscilla wanted some new furniture, and we needed to maximize their small space. We designed a floor plan to determine where and how the existing and new furniture would fit.

We went to Ikea. I thought Priscilla would faint at the enormity of it. Even though we were armed with a plan of what specific items we wanted, we were there three hours. I was exhausted, but not Priscilla! From there, we went to several stores in search of wall-mounted switch lamps—not an easy find these days. We found two at a hardware store. I drove Priscilla home and continued to the Container Store to purchase elfa drawer systems and other organizing products for their downsized space.

Other Techniques for Working with Seniors

None! Her son kept trying to convince her she needed to keep things she didn’t want to. But Priscilla was firm and didn’t move anything she had already decided not to pack. Don was very resistant to moving. People with dementia have great difficulty with changing their environment. He was depressed for several months after the move. However, once his new home became familiar to him, the depression lessened.

The weekend of the move, Priscilla and Don stayed with their daughter. At the same time, my team and I worked with the movers, assembled furniture, installed lamps, shelves, and pullout drawers, got all of their electronics working, and organized their downsized stuff in their new home.

Following the move, we held a two-day estate sale and then had a service come in and take away everything that didn’t sell to go for donation or disposal. Next, the housecleaners came and did a thorough cleaning in time for the new homeowners to move in the following day! It all took place over five days!

What I Know Now That I Wish I Had Known Then

This website uses cookies to improve your experience. We'll assume you're ok with this, but you can opt-out if you wish. Read More

Accept Decline Cookie Settings
I consent to the use of following cookies:
Cookie Declaration About Cookies
Necessary (0) Marketing (2) Analytics (6) Preferences (0) Unclassified (0)
Necessary cookies help make a website usable by enabling basic functions like page navigation and access to secure areas of the website. The website cannot function properly without these cookies.
We do not use cookies of this type.
Marketing cookies are used to track visitors across websites. The intention is to display ads that are relevant and engaging for the individual user and thereby more valuable for publishers and third party advertisers.
Analytics cookies help website owners to understand how visitors interact with websites by collecting and reporting information anonymously.
Preference cookies enable a website to remember information that changes the way the website behaves or looks, like your preferred language or the region that you are in.
We do not use cookies of this type.
Unclassified cookies are cookies that we are in the process of classifying, together with the providers of individual cookies.
We do not use cookies of this type.
Cookies are small text files that can be used by websites to make a user's experience more efficient. The law states that we can store cookies on your device if they are strictly necessary for the operation of this site. For all other types of cookies we need your permission. This site uses different types of cookies. Some cookies are placed by third party services that appear on our pages.
Scroll To Top